The Benefits of High Density Cabinets

The need for IT resources is at an all-time high, which means the demand for data center space is as well. This trend isn’t going anywhere and it’s time for the data center to adapt for the need of space.

Adding floor space is never as easy as it seems and can usually take a while to break even. A trending solution to this, however, is to make each square foot of the data center yield more power, thus leading to more computing power.

This is called high density and it’s a wise trend to follow if you are in the data center business.

What’s So Great About a High Density Environment?

The standard high density cabinet is built to supply 10-20 kW of power per rack. 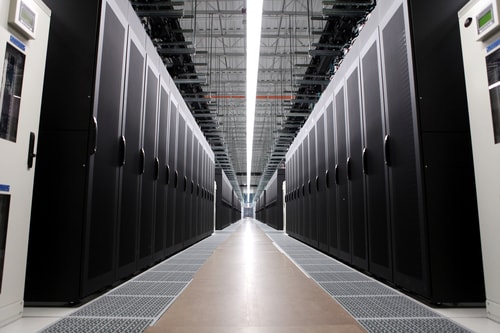 With those numbers in mind, 63 percent of data center companies are looking for high density solutions for their existing or future data centers. That leaves nearly 40 percent falling far behind the curve.

That is an alarming number. User demands and technology upgrades are going to soon push power densities to 10 kW racks, which will become the new industry standard.

However, most data centers have been trying to circumnavigate this problem using server virtualization which shares resources and processes over multiple servers. Efficiency (and power draw) is increased, but at what cost?

Facebook labs director Gio Coglitore is on the record saying that virtualization comes with it’s difficulties:

“Facebook uses a variety of server types across different parts of its data centers, but the company’s aversion to virtualization extends throughout its infrastructure. . . Facebook wants to be able to balance its computing load across many systems and potentially lose a server without degrading the user experience. ‘As you start to virtualize, the importance of that individual server is greatly enhanced, and when you have that at scale, it becomes very difficult.”

Facebook, now, has identified high density cabinets for the future of their data centers and many other companies who want to avoid server virtualization are following suit.

WHY NOT USE OTHER MEANS LIKE BLADE SERVERS OR MICROSERVERS?

Server virtualization isn’t the only way data center companies are trying to save space. Blade servers have been a solution for some, but again there are some drawbacks.

Blade servers are a simple concept: they increase power density by packing more servers into less space, hence the name blade (for as thin as a blade). Far more blade servers can be placed into a single cabinet than a traditional 1U server.

What blade servers do for reducing cable clutter and improving power density, they struggle to handle the loads of consumers and companies which want to use a single application on a single server.

If this is the case, the blade server is being severely underutilized and will use more resources than it’s worth. A company that would want to switch to an all-blade platform would  lose out on these potentially lucrative customers.

Microservers are a somewhat newer revelation to the data center world and they basically take blade servers one step further.

Taking up less space and use less powerful processors saving on the power usage within and allowing for less reliance on virtualization. 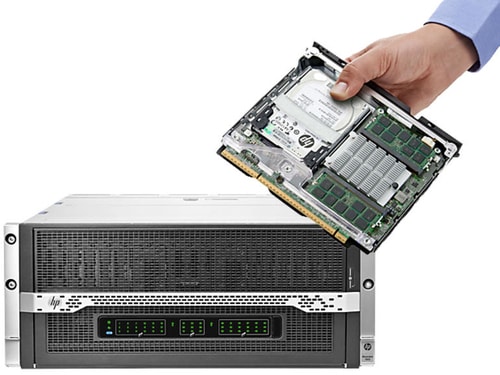 This is useful if a company would like to balance its load more evenly while allowing a smoother customer experience in the event a server would go down.

Federal Computer Week describes microservers as “circuit boards that carry a low-watt processor such as an Intel Atom chip, along with some RAM, a little storage and networking interconnects.” They go on to mention that each one of those circuit boards is a software-based virtual server.

While microservers might be able to be utilized in areas where traditional servers and blade servers fail, they too have their shortcomings.

Microservers struggle to keep up with heavy processing demands. Therefore companies with heavy workloads will see microservers as useless. So while the efficiency is there, the fact remains that it still won’t cover the majority of clients. Therefore other options, like the aforementioned high density cabinet, need to be pursued.

What Are the Costs of High Density Cabinets?

While the benefits to high density cabinets are wonderful, there are still some costs data center operators should be cognizant of. For instance, completely reworking the infrastructure of your data center is an ominous prospect. One would naturally consider whether or not the long-term savings of high density outweigh the upfront infrastructure redo.

Emmerson Power conducted some research into this exact question and concluded that yes is the answer. Take a look at this chart:

As you can see the upfront costs would be a little jarring, but over time the data center would actually be saving money. For a little more explanation, watch this video:

In reality, the question had a simple answer. The more space you’re saving (by using less racks, and Power Distribution Units (PDUs)), the less money you’re going to spend.

Another concern of high density would be the response time for a failed or failing system. The prevailing theory behind this concern is since there is more power being routed to smaller spaces, the likelihood of a power failure will rise while the response time will lessen.

According to Taylor Man of CTT Com Asia, who works with high density data centers in Hong Kong, “if you want to do anything other than 3kVA to 4kVA per rack, you [need to] have a way to cool that off in case your cooling system restarts due to power failure.”

This potential problem can be solved using high density cooling modules, which use redundant components to lengthen response times. This is explain in this video:

Data centers are always looking for ways to cut costs while providing their clients with uptime-worthy infrastructure and quality service. So, there’s no need to rent out a whole cabinet or part of a cabinet to fit your new need if you require more resources. Just simple upgrade your existing racks into high density racks and you’ll be one step ahead of the game.

Albert Ahdoot is a Business Development consultant for Colocation America and other tech & colocation companies.